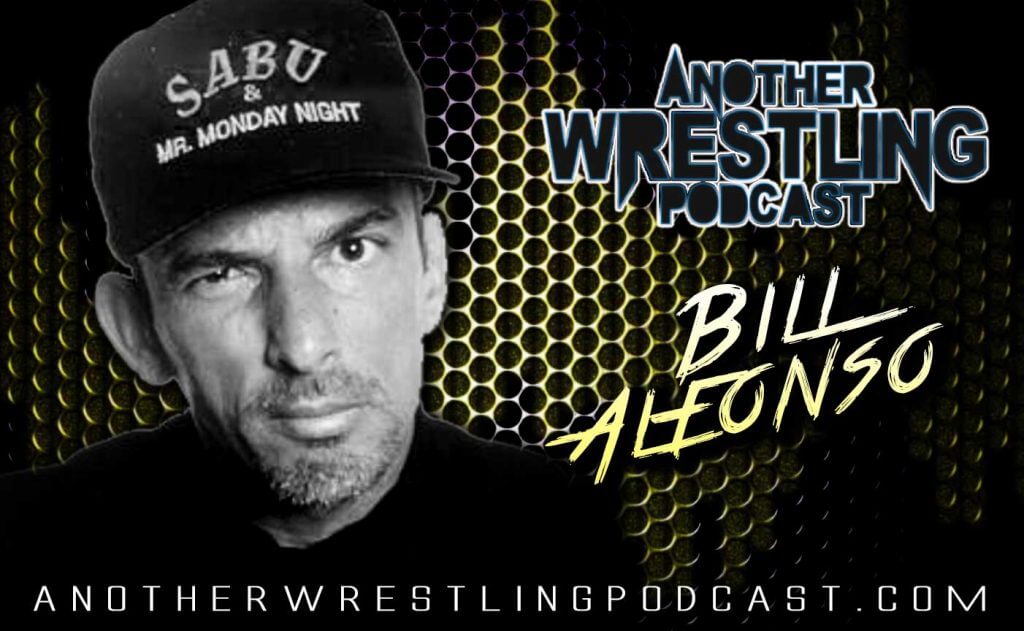 In this episode, the guys are reflecting back on AEW’s All Out and NXT UK Takeover: Cardiff. They discuss who had the better show, what worked and what didn’t work. They also dive into Chris Jericho losing the AEW championship, CM Punk open to talks with WWE, and the Bayley heel turn. Stopping by is a former ECW manager & Referee Bill Alfonso. Talking about his career, getting into the WWE & ECW, Poughkeepsie memories, and his appearance at the Legends of the Ring convention for esspromotions.com. All this and a whole lot more! 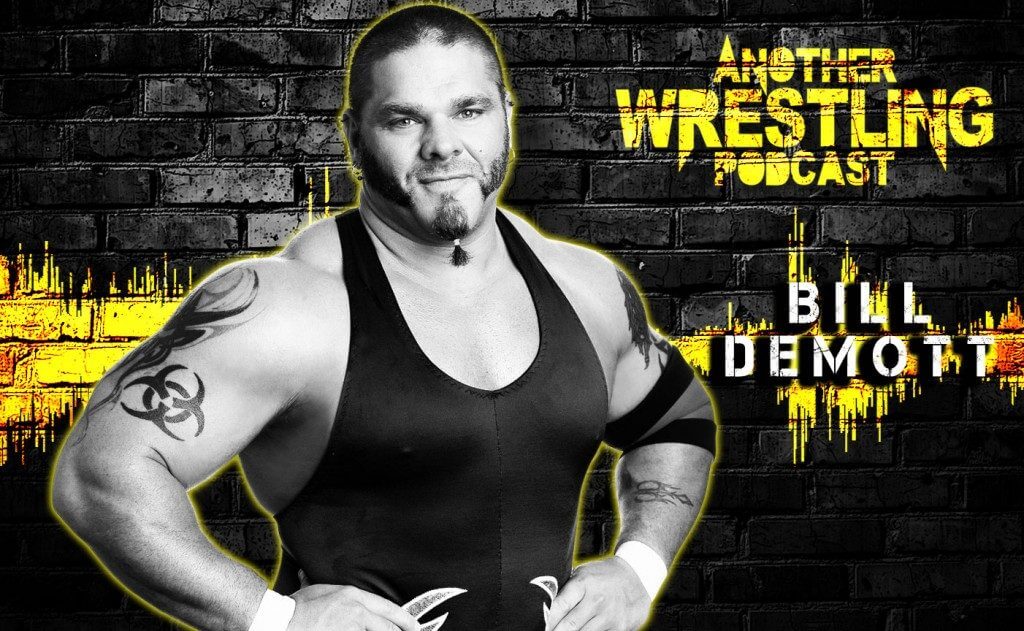 In this episode the guys are hopping on the Road to Wrestlemania! With just a few months till the showcase of the immortals, they talk about how certain superstars should be booked! They also dive into the debut of Rowdy Rhonda Rousey in the WWE, the Royal Rumble aftermath, Booker T & Jonathan Coachman, The Dudley Boys Hall of Fame induction, Jeremy Borash & the new GM of 205 Live, Drake Maverick. Stopping by this week is former WCW/WWE superstar, Tough Enough trainer, and former 2x U.S. Champion Bill DeMott! He talks to us about training with Johnny Rodz in NYC, working dangerous matches in Puerto Rico & Japan, Kevin Sullivan, the Monday Night Wars, his 1st Wrestlemania moment, Bill Goldbergs Hall of Fame induction. All this and a whole lot more! 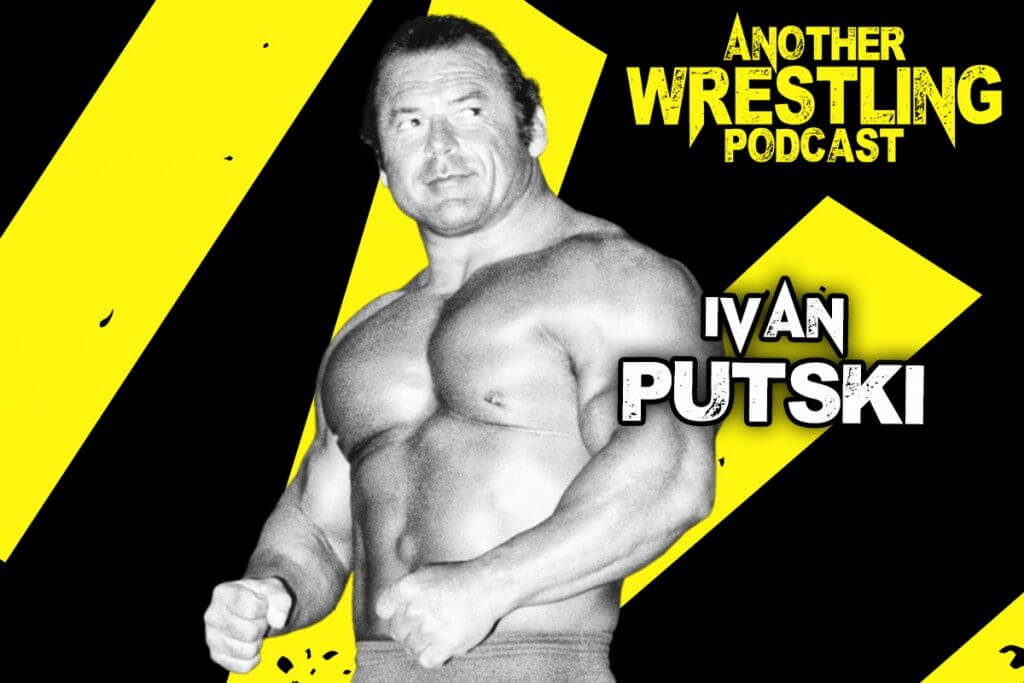 In this episode the guys are still feeling the affects from WWE’s Extreme Rules PPV. They talk about how they were left confused with the rules in each match, including Samoa Joe’s rise to becoming the new #1 contender for Brock’s Universal Championship. They also dive into the mandatory meeting WWE officials had with talent regarding their private photos, Lana’s Smackdown debut, where is Rusev, and the recent signing of Thea Trinidad. Stopping by the show with his Polish Power is WWE Hall of Famer Ivan Putski. He talks to us about working in Texas, the Showdown at Shea, his son Scott, and a whole lot more! 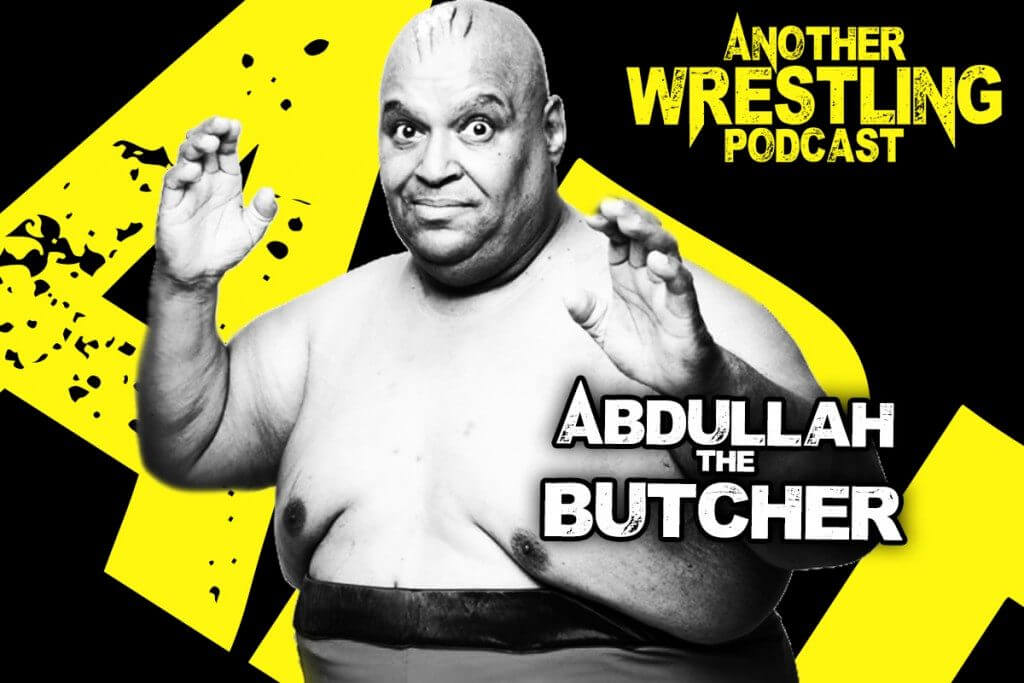 In this episode the guys are talking about some of the weakest champions to ever hold the gold. Find out who made the list of the weakest links. Credo dives into the injuries that have plagued the WWE in recent years and who has the best shot at becoming the #1 contender for the Universal Championship. Angry Kuter gives us his mix tape of must see matches while Minority Mike calls in from Cancun telling us which former WWE women’s champion had her panties raided at the airport! Joining us today is the madman from the Sudan Abdullah The Butcher! He talks to us about his upcoming appearance with www.esspromotions.com, how he made the fork his weapon of choice, why we need freaks in wrestling, is today’s death match scene going too far?, his favorite hardcore opponent and even some advice to the future. All this and a whole lot more!

In this episode the guys are going to the movies! Get yourself a snack because they discuss who the biggest movie star is from the wrestling world and some of their favorite wrestling movies. Credo dives into the whereabouts of the Universal Championship and the new Women’s Tournament coming to the WWE, while Angry Kuter gives us his mix tape of must see matches and Minority Mike tells us what’s happening outside the WWE. Joining us today straight outta the Samoan Dynasty is Sam Fatu aka The Tonga Kid. He talks to us about his family, working with Rowdy Roddy Piper & Jimmy Snuka, making his break in the WWE, starring in Body Slam and a whole lot more! 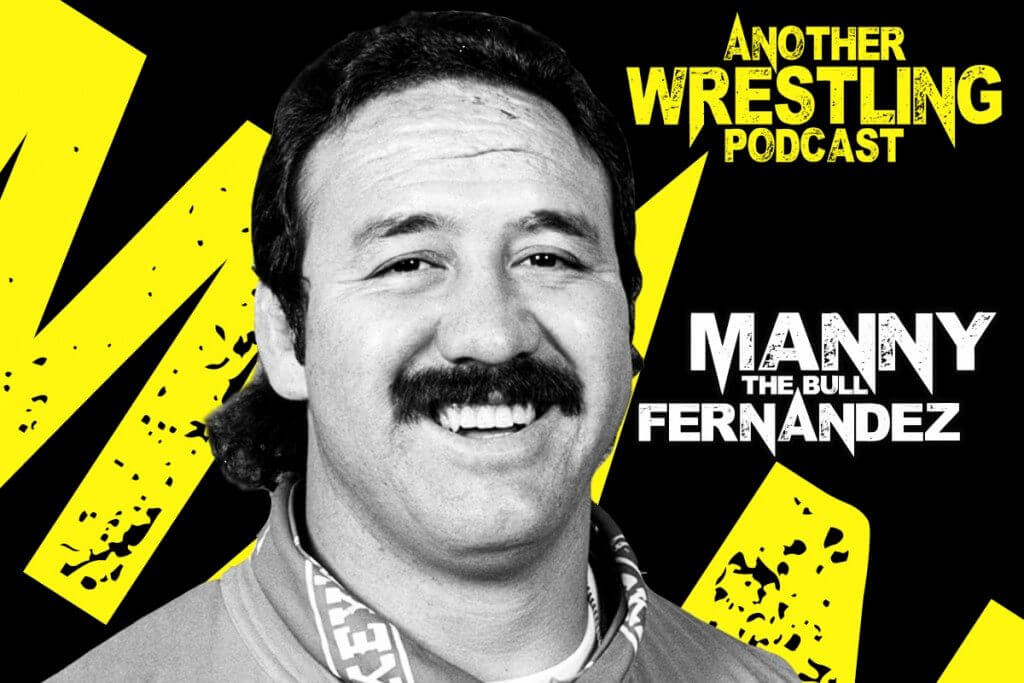 In this episode the guys are headed into a “block party” as JBL is trying to cover his tracks on twitter. Do the fans know how much of a bully he really is or is it just kayfabe? They talk about the recent allegations against JBL bullying Mauro Ranallo on Smackdown and will the WWE do anything about it? They also dive into Braun Stroman flipping an ambulance, the Universal Championship MIA, NXT RAGE, and is Del Rio just too bitter? The topic for discussion this week is about the superstars who jumped to their opposing brand and what the future will hold for them. Joining us today is Manny The Bull Fernandez. He talks to us about getting into the business, training with Terry Funk, how he got his nickname, his bloody match with Invader #3, plus advice for anyone looking to get into professional wrestling. All this and a whole lot more! 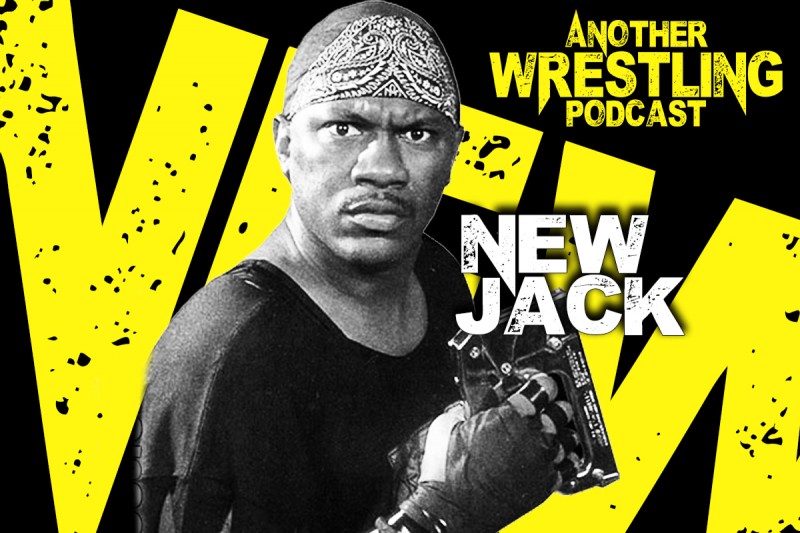 In this episode the guys are heading into the Elimination Chamber full of predictions and expectations of what they want to see happen in this SmackDown exclusive network special. Minority Mike joins Credo & Kuter to talk about his NXT trip and tells us why every fan needs to experience it. They also talk about there being no definitive answer on Seth Rollins’ Road to Wrestlemania, Eva Marie’s possible departure, Big Show getting jacked, Austin Aries being cleared & JBL’s show being canned. Stopping by this week with a shopping cart full of truth bombs is ECW’s Original Gangsta, New Jack! He talks to us about how retirement is going, not caring about the WWE Hall of Fame, talking the talk, is there room for blood in the PG era, Vince McMahon calling him the Devil, why he hates Jerry Lawler and a whole lot more. 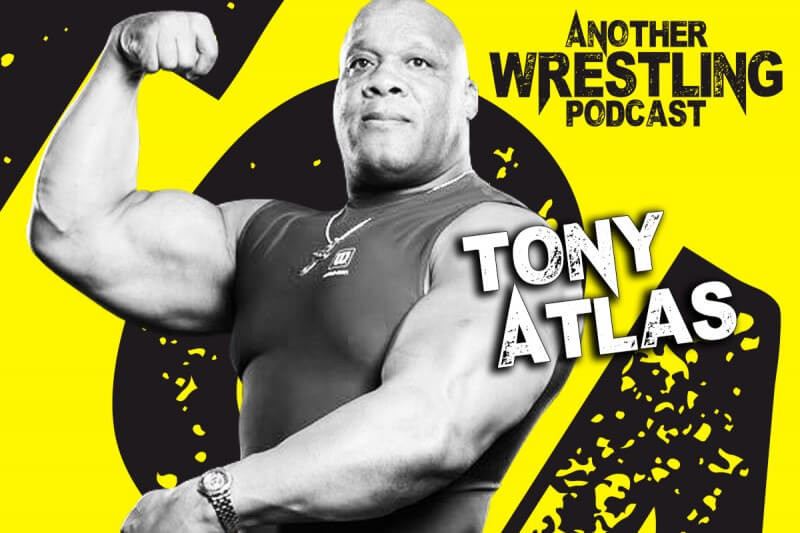 In this episode the guys are gearing up for the 30th annual Survivor Series, where Raw and SmackDown LIVE go head-to-head to determine which brand reigns supreme, as well as NXT Takeover: Toronto. Credo & Angry Kuter give their predictions and speculate what’s to come on this huge weekend. Joining us today is Mr. USA himself Tony Atlas. He talks to us about his thoughts on making history with Rocky Johnson, if race is a factor in pro wrestling, his love for art, Legends House & a whole lot more! 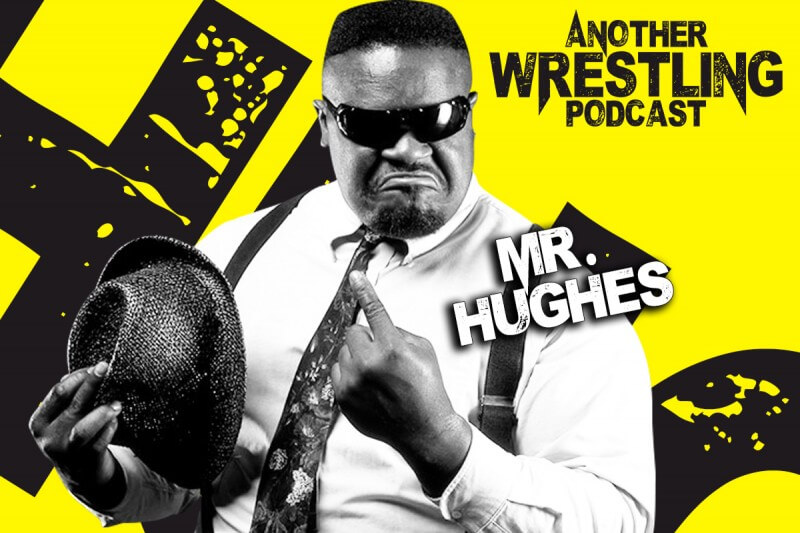 In this episode the guys are talking bodyguards. From the biggest to the baddest, they run through some of their favorites and most notable ones. Another WWE network special is upon us with No Mercy happening this weekend, Credo & Angry Kuter give their predictions and speculate what’s to come! They also talk about Sasha Banks becoming a 2 time RAW Women’s Champion, Brock Vs Goldberg 2, as well as the end of days for TNA. Joining us this week is former WWE superstar Mr. Hughes! He talks to us about his training, working with The Undertaker as well as training the future stars of tomorrow. All this and a whole lot more! 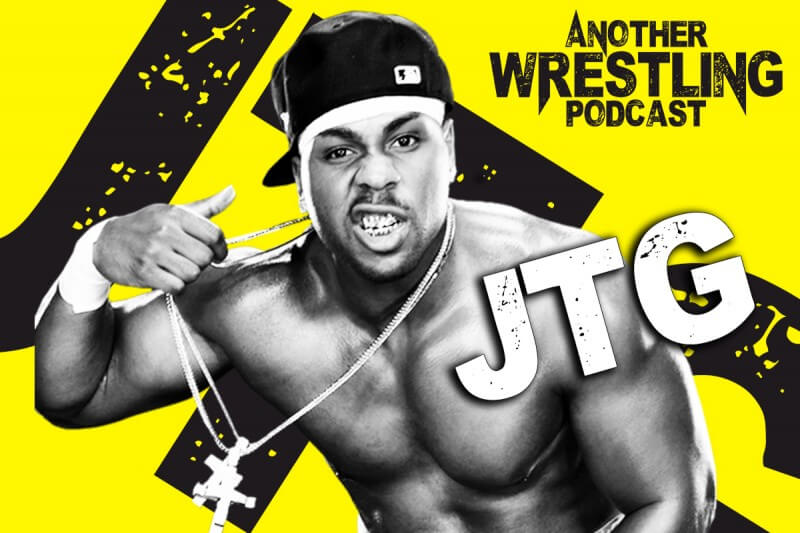 In this episode the guys are gearing up for a weekend of wrestling, NXT Takeover 2 & SummerSlam as they give their predictions and speculations of what’s to come. They also dive into the Universal & Grand Championships, Billy Corgan, John Stewart & The Muppets. Joining us this week 1/2 of Cryme Tyme, JTG. He talks to us about being an author, acting, a possible comeback, his time in the WWE & a whole lot more!